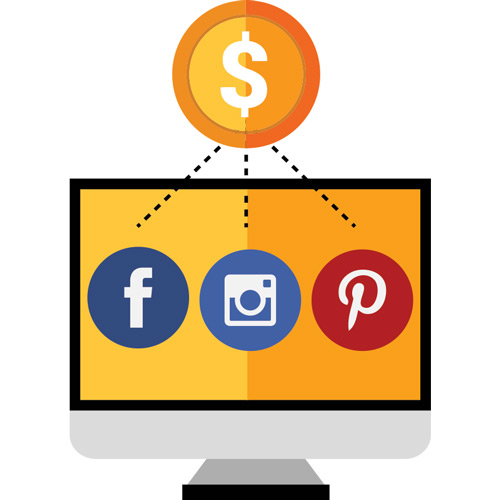 There are hundreds of retailers out there that are getting scammed by social media and never seeing the fabled returns that selling on social media has. I feel sorry for these people: how could they be getting the results they expect when they aren’t even doing it properly?

When Facebook was conceived in 2004, Zuckerberg had statically coded banners advertising Harvard on the site as a way to cover the costs of running the platform. As Facebook has grown in the past 14 Years so has the number of users. The competition is stronger, and the quality of the content is nothing like it was before; it’s much better. It isn’t as easy as throwing up a banner and expecting to get thousands of sales; you have to work for it now using carefully thought out marketing plans and marketing automation to optimise conversions.

I know what you’re asking if it’s so competitive and requires so much effort to execute then why would I do it? Because it’s worth it. Selling on socials still works but you have to do it right.

Why do you think it’s still competitive? If it wasn’t profitable why would anyone be putting their time and money into it?

The boy who cried scam!

I have met a lot of people in the retail industry that said they have “tried” selling online with social media and they didn’t make any money from it. As a result they just stopped. One even went as far as to say that using social media to sell products is a scam because they poured a bunch of money into it and didn’t see any results. Which is understandable and I see it all too often. Some business owners look at social media marketing as an exchange, where they give $500 to the social platforms like Facebook and LinkedIn in exchange for $1500 in sales. If you think this, then you are getting scammed.

Why is it happening?

There are a lot of reasons that you could be failing at getting sales through social media but I’m just going to name a few to get you started.

I’m sure you get the point by now, there are lots of ways that you can miss out on the benefits of selling on social media.

What sort of products can I sell on social?

Like every diet ever, you’re not going to see results if you don’t stick to it. If you want to be successful with selling on a social platform and reaching those mythical numbers that you always hear about people achieving but never seem to hit yourself, then BE CONSISTENT! That doesn’t mean that you start your campaign and walk away, it means that you set some goals and keep to them making alterations as you go. Selling on social media is still a very effective method of selling your product and reaching massive amounts of people that will purchase your product.

I wish I could take full credit for this post, but the idea of this post came from one of the lovely authors over at Lush, Sarah Mitchell. she wrote a beautiful article called The Great Content Marketing Swindle check it out, it’s a great read.